The Indie Film Music Contest was created because it seems daunting for beginner or intermediate composers to enter a competition, since they know there are professionals with years of experience who compete too. We know that there are other competitions that are open only to people with a specific age which trys to level the playing field, but there are still big differences between the years of experience they have. You just need a good amount of time and practice to become good at those technical abilities like orchestrating, mixing, mastering, etc. so we thought we would try something new and just ignore these aspects when judging the submissions to give even beginners who never used a DAW a fair chance. Obviously, professionals will still have an advantage over beginners but this eliminates one hurdle for them to participate and it gives them a good chance to actually win something and inspire them to learn even more.

The “Indie” refers to the contest being independently organized, which means that there is no big company behind it or sponsoring like it’s the case with some other contest. Our sponsors just provide the winners of the contest with prizes. This, however, is also the reason why we can’t make it free for you and have to charge a registration fee.

If you want to you can select the individual feedback option when registering. Then, one of our experienced judges will take extra time to write personal feedback for your submission to help you improve. You can see some examples here.
The extra fee is because of the extra time the judges are putting into it and since these are highly skilled professionals we want to compensate them accordingly. Therefore you also only get feedback from one of the judges since otherwise, it would make it even more expensive. This feedback option is unique to this contest and you generally can’t get feedback from someone like our judges unless you know someone or you go to a university which is typically quite expensive.

We are really just a small media company consisting of filmmakers and composers, called FalkenMedia. This is the first project we’re doing together as a company and if it works out well, we’ll probably bring a few other ideas we have to life. We’re happy for any feedback, just send us an email at: support@indiefilmmusiccontest.com

The Judges and Blind Judging

In most competitions like this, the experienced judges actually only judge the final 10-20 submission and another panel narrows it down beforehand. This is done because judging a lot of submissions can take a lot of time and effort and most competitions want to save the time of their judges to keep the costs down, which makes sense and is understandable.

Therefore, we are proud to announce that our judges evaluate every single one of your submissions. We also implemented a system that allows the judges to evaluate your submission blindly. This means that they won’t be able to see any personal information of you other than the video and your notes for the judges. This is done to make the contest fair for everyone and eliminate any possible conscious or unconscious discrimination of any kind. 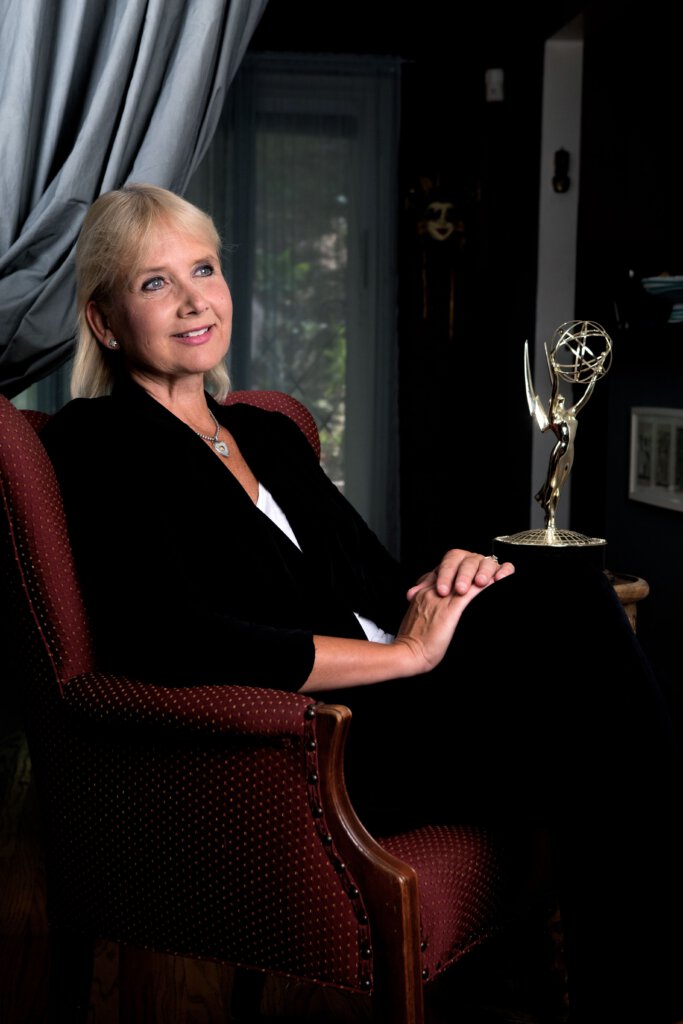 Lolita Ritmanis
Lolita Ritmanis is an Emmy award winning composer. She has been nominated 10 times, and won the coveted statue for her work on the Warner Bros. series “Batman Beyond.” In 2019 she composed the 70 minute symphonic and choral score for the critically acclaimed film “Blizzard of Souls,” winning the award for “Outstanding Original Score for an Independent Film” from the Society of Composers and Lyricists, as well as the Hollywood Music in Media Award -“Best Original Score for an Independent Film (Foreign Language)”, Best Original Score from the “Latvia National Film Awards,” the “Golden Microphone Award,” and the “Alex North Award” for best original score for a feature film. The score was on the Oscar shortlist in 2021.
Lolita is one of the founders of the Alliance for Women Film Composers, serving as president from 2016-2018, and a founding member of Dynamic Music Partners. Career highlights include the Lincoln Center premiere of “Women Warriors: The Voices of Change,” where three of her symphonic works received world premieres, her original score for “Christmas in Rome” for Hallmark, “Wild DaZe” – documentary (featuring Jane Goodall), music for the gender parity series “Flip the Script” (starring Lake Bell), as well as continued work on fan-favorite productions: “Marvel Rising”, and Warner Bros. “Young Justice,” and in 2016, “The Killing Joke” (starring Mark Hamill as the voice of The Joker).
Other credits include: “Justice League” (the theme, composed by Lolita, received a Primetime Emmy nomination), “Teen Titans”, “Ben 10”, “Wacky Races”, “Spectacular Spider-Man”, “Batman: The Animated Series”, as well as composing score and songs for the Primetime Emmy nominated musical “Batman: The Brave and the Bold: Mayhem of the Music Meister” (starring Neil Patrick Harris.) Lolita’s concert works as well as four original musicals have been seen and heard throughout the US, Canada, Europe, Taiwan and Australia. In addition to Lincoln Center and Carnegie Hall, Lolita’s music has been performed at The Kennedy Center in Washington D.C., Koerner Hall in Toronto, Davies Symphony Hall in San Francisco, The Krakow International Film Music Festival, Fimucité International Film Music Festival in Tenerife, Canary Islands, and Playfest in Ubeda, Spain. 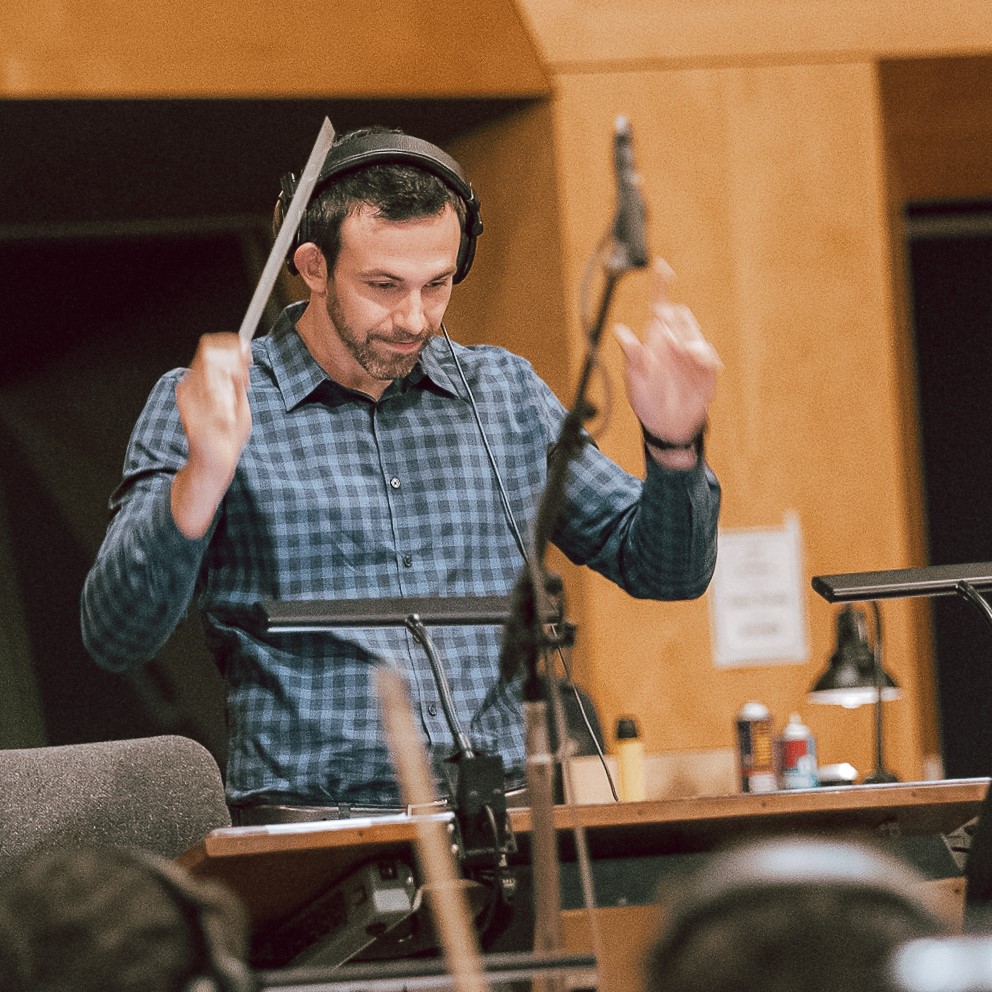 Grant Fonda
Hailed by the American Society of Composers, Authors, and Publishers as a “Composer to Watch”, composer Grant Fonda has collaborated with numerous creatives on a wide array of notable films, including the acclaimed The Dating Project (dir. Jonathan Cipiti, 2018), the award-winning Down The Fence (Netflix, dir. MJ Isakson, 2017), the acclaimed Pray: The Story of Patrick Peyton, and The House That Rob Built. He is known for his tuneful writing on media projects that range from commercials to theme park shows to films for the small and silver screen.
Grant has been a composing fellow for Film Independent & ASCAP’s Project Involve, a distinguished presenter at NYU’s Music and the Moving Image Conference (2012), and is an alumnus of the prestigious ASCAP Film Scoring Workshop with Richard Bellis. He is also an alumnus of USC’s acclaimed Screen Scoring program. With roots near Yosemite National Park, Grant now lives in greater Los Angeles with his wife, Carley, their two children, Zeke & Piper, and their beagle, Tozer. He is an avid chef and foodie, has a soft spot for interior decorating, and is easily persuaded by a well-prepared espresso or craft beer. 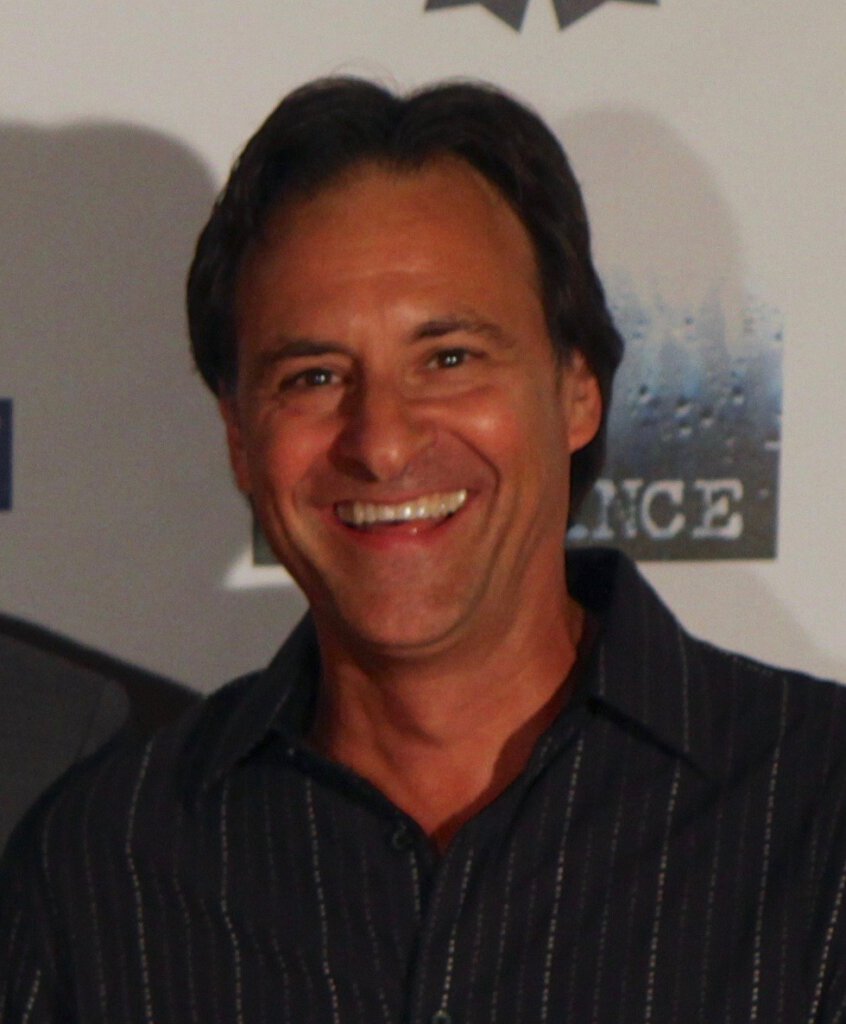 Eric Schmidt
For the past three decades Eric has been one of the busiest freelance composers in Los Angeles. Currently he works on the stop-motion animated series Robot Chicken and Crossing Swords. He has composed, orchestrated and conducted the music for over 300 episodes of animated series produced by Disney (Quack Pack, Darkwing Duck, Hercules, Goof Troop and Bonkers) and Warner Bros. (Tazmania, Tinytoons, Animaniacs and The Sylvester and Tweety Mysteries). His work has been featured in over two dozen motion pictures, including: Saving Adventure Island, Final Fantasy-Kingsglaive, Tom & Jerry and The Magic Ring, Mickey’s Once Upon A Christmas, Lakeboat, Beethoven III, The Perfect Storm, A Kid in King Arthur’s Court, Mighty Ducks II, Ground Zero, Employee Of The Month, My Super Ex-Girlfriend, Just My Luck, Little Man and Bounty Killers. He has produced music for a dozen commercials and six theme park shows. Over the past 10 years he has worked on the music for the award winning SONY PLAY STATION video game series Uncharted. He recently orchestrated for the pop group One Republic and for several years conducted and orchestrated for the pianist John Tesh.

His concert repertoire includes numerous compositions for concert band, a ballet, one symphony for orchestra, two works for choir, 32 solo piano pieces,16 songs for children’s choir and several chamber works. Projects he has worked on have received the following nominations: 2 Grammys, 3 Emmys, 2 Golden Reel Awards and one Annie Award.

For the past thirteen years Eric has been an adjunct instructor at the USC Thornton School of Music Department of Screen Scoring, where he teaches composition, conducting and score analysis. For three years he was an ARTS COMMISSIONER for the City of Santa Clarita. 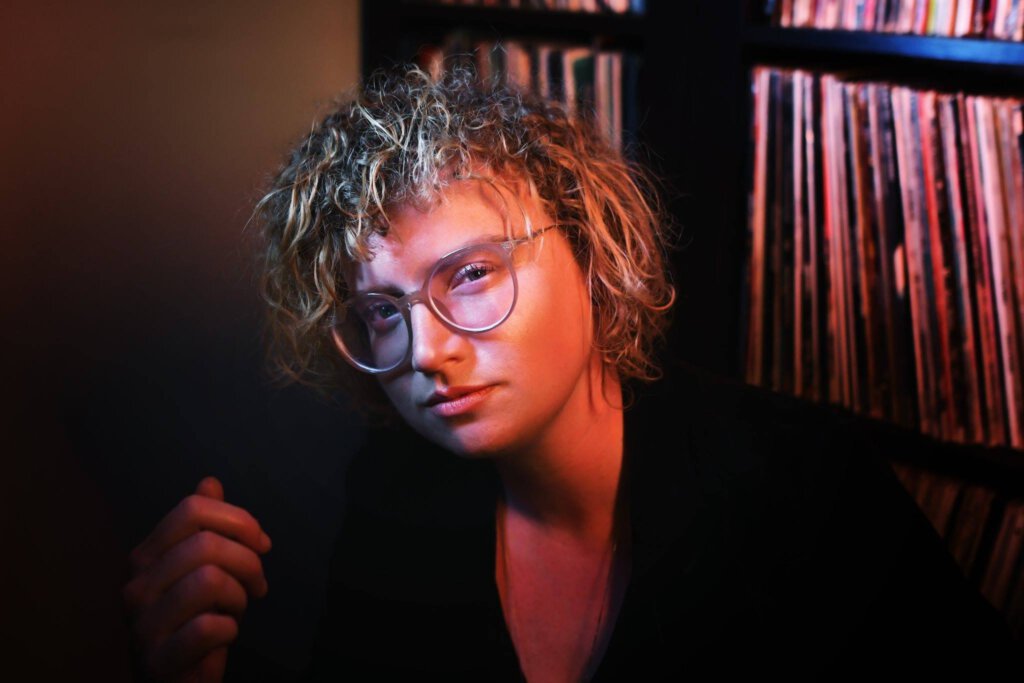 Emer Kinsella
Known for creating poignant soundscapes, Emer Kinsella is an Irish composer based in LA who has been involved in critically-acclaimed films, television series and live performances. Having played violin since the age of two, her scores often combine introspective strings with electronic sounds and ambient vocals. In 2017, she won an award at Soundtrack Cologne’s European Talent Competition for Film Scoring and recently won Best Score for ‘In Orbit’ at the Venice Shorts Film Festival, the South Film and Arts Festival in Chile and the Bucharest Shortcut Cinefest festival.

Emer’s credits include working with Johnny Klimek on the hit Netflix series “Sense8” (written by The Wachowskis); the drama thriller “Jungle” starring Daniel Radcliffe; as well as with composer Andrew Kawczynski on Netflix’s Go Karts and The Eight Hundred.

Emer scored the award winning film “In Orbit,” which screened at Outfest LA and Newport Beach film festivals among others. She recently completed the score for the Rom Com feature film ‘I Hate New Years’. 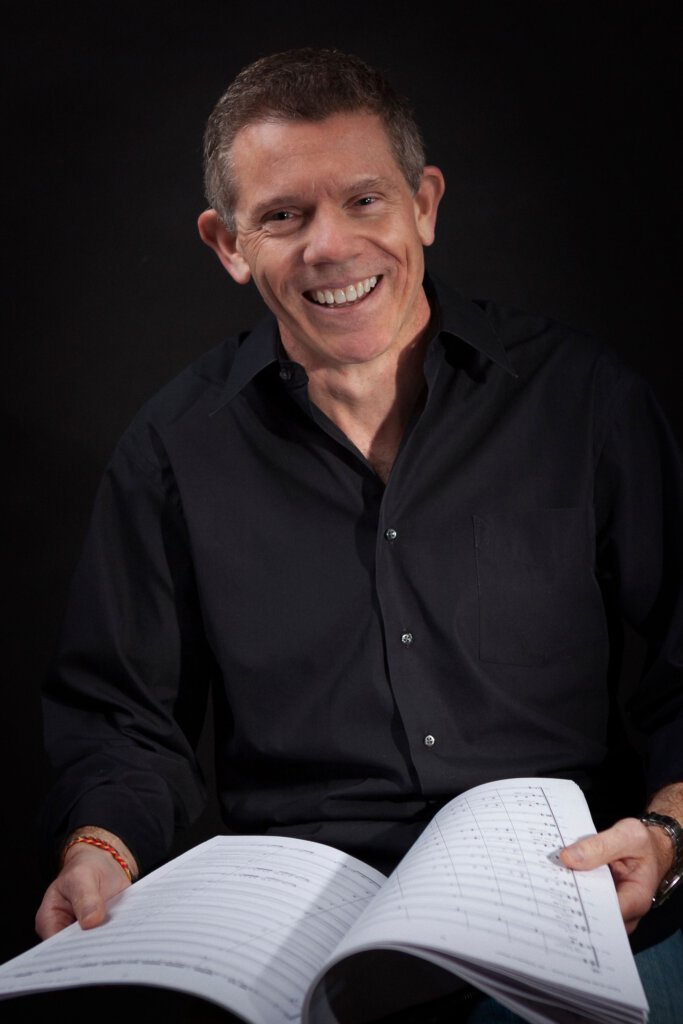 Cameron Patrick
Born and raised in Brisbane, Australia, Cameron Patrick is a graduate of the University of Queensland and the University of Southern California, graduating from their Scoring for Motion Pictures and Television program in 1989. He spent 29 years based in Los Angeles, where he was active as a free-lance violinist and violist, composer, orchestrator and arranger in the Hollywood film, television and recording industries. He was also an instructor for UCLA Extension’s Entertainment Studies Film Scoring program, teaching orchestration from 2015 to 2017. As of January 2018, Cameron has moved back to Australia and is now based in Sydney, where he is Head of Screen Music at the Australian Film, Television & Radio School.

Should We Remind You?

You don't have to register right now, take some time to think about it and we'll send you a reminder so you don't miss the registration deadline.
(This is not our newsletter, we won't send you anything else.)

This website uses cookies to improve your experience while you navigate through the website. Out of these, the cookies that are categorized as necessary are stored on your browser as they are essential for the working of basic functionalities of the website. We also use third-party cookies that help us analyze and understand how you use this website. These cookies will be stored in your browser only with your consent. You also have the option to opt-out of these cookies. But opting out of some of these cookies may affect your browsing experience.
Necessary Always Enabled

Performance cookies are used to understand and analyze the key performance indexes of the website which helps in delivering a better user experience for the visitors.

Analytical cookies are used to understand how visitors interact with the website. These cookies help provide information on metrics the number of visitors, bounce rate, traffic source, etc.

Advertisement cookies are used to provide visitors with relevant ads and marketing campaigns. These cookies track visitors across websites and collect information to provide customized ads.

Other uncategorized cookies are those that are being analyzed and have not been classified into a category as yet.